Disneyland® Resort is a magical place, no doubt about it. Overflowing with whimsical characters and exhilarating rides, its two theme parks — Disney California Adventure® Park and Disneyland® Park — are sure to be the backdrop of many fond memories for visitors for years to come.

Disney California Adventure® Park, which opened in 2001, is the California-themed part of the duo that brilliantly combines the beauty and history of the Sunshine State with assorted Disney, Marvel, and Pixar attractions and entertainment. From Cars Land, where guests can take their favorite Cars personalities for a spin, to Pixar Pier, which showcases the fictitious characters from the Pixar universe, it's a fantastic experience for every age group. Children and adults alike will find joy around every corner — which is precisely what the Imagineers had in mind when they crafted the park.

Doing a little planning before a trip to this expansive park can go a long way towards maximizing your time there. Rule number one: get there early. It's a vacation, so not being able to sleep in can seem a little counterintuitive, but not only does the early bird get the worm, it gets the shortest lines.

Rule number two: identify your top rides and attractions, and prioritize doing them first so you'll be able to fit in your top picks. Rule number three: sunscreen is your friend. Don't underestimate the brilliant California sun, especially during spring and fall, when your guard is down. Sunscreen is available at many stores inside the park, but it never hurts to plan to pack a tube. Rule number four: look up from your phone. Don't get so focused on taking selfies or posting pics of the family on social media that you forget to enjoy the magical experience!

Disney answers plenty of questions about the parks on its FAQ page, so you may want to do a brief review while planning your trip, or conduct a couple searches on the exceptionally helpful Disney Parks Moms Panelists forum.

If you're mired in the eternal debate of "Disney California Adventure® versus Disneyland® Park," it comes down to personal preference and time available for your visit. In a nutshell, however, Disneyland® Park is a more "classic" Disney experience, with original themed sections like Tomorrowland, Frontierland, and Mickey's Toontown, all set against the whimsical Sleeping Beauty Castle. Disney California Adventure® Park is filled with themed sections as well, but they reflect newer Disney creations and the entire park has a California slant (witness Buena Vista Street in comparison to Main Street USA in Disneyland.) 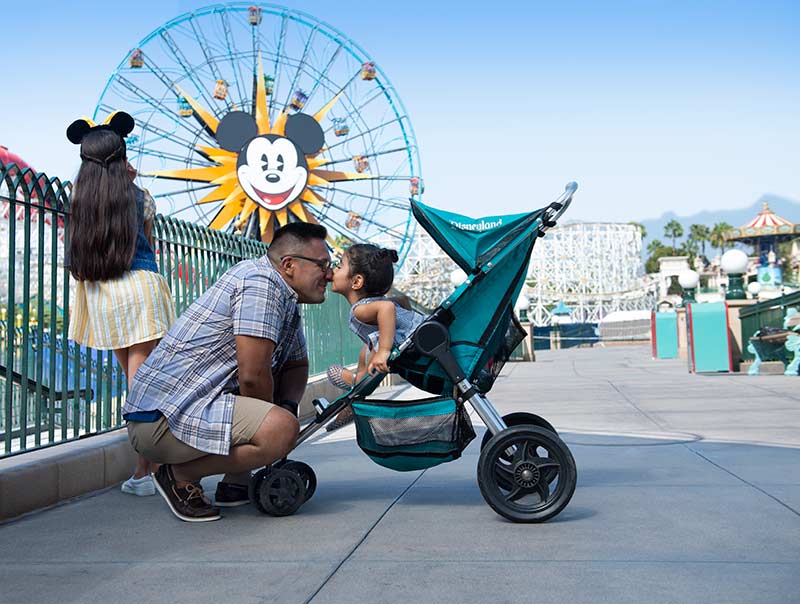 There are several options for purchasing tickets for Disney California Adventure® Park. Assorted travel blogs offer ticket options; you can buy them through the official Disney site; you can even snag VIP tour passes. However, if you're looking for discount Disney California Adventure® Park tickets, you can't go wrong with CityPASS® tickets. Not only will you save some serious money on Disneyland® Resort park tickets, but you'll also get deeply discounted tickets to Southern California's top attractions like Universal Studios Hollywood™, SeaWorld® San Diego, LEGOLAND® California Resort, and the famed San Diego Zoo®.

Disneyland California Adventure® Park is located at 1313 Disney Drive in Anaheim, California. It takes about 20 minutes to get there from John Wayne Airport and 40 minutes from Los Angeles International Airport.

Happily for all the Disney fans out there, Disney California Adventure® Park has fairly long operating hours. While opening and closing times are contingent on the day of the week and time of year, chances are you'll have over 12 hours to explore the expansive park.

For updated operating hours it's best to check the Disney website or Disneyland App before you visit. Registered Disneyland® Resort hotel guests can also take advantage of Extra Magic Hours to get in the park an hour before it opens to the public.

There are dozens of rides and attractions begging for your attention inside the park — with eight themed lands, you'll have a full day of delight ahead of you! Read on to see what piques your interest before you visit so you can plan your day accordingly. 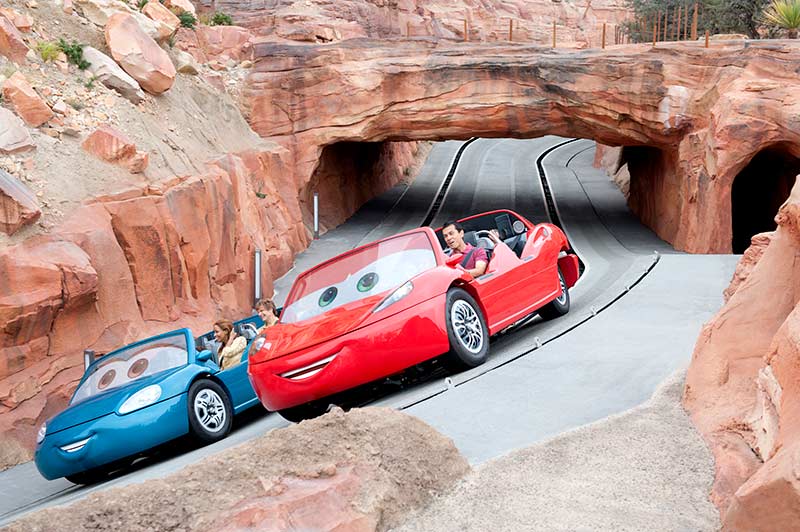 What do to at Cars Land

Cars Land in Disney California Adventure® Park offers exciting rides themed from the well-received Pixar Cars films. If hanging out with Tow Mater, Lightning McQueen, Doc Hudson, and a host of other characters from the lighthearted franchise sounds appealing, make a beeline for this section of the park.

Here are some of the best attractions: 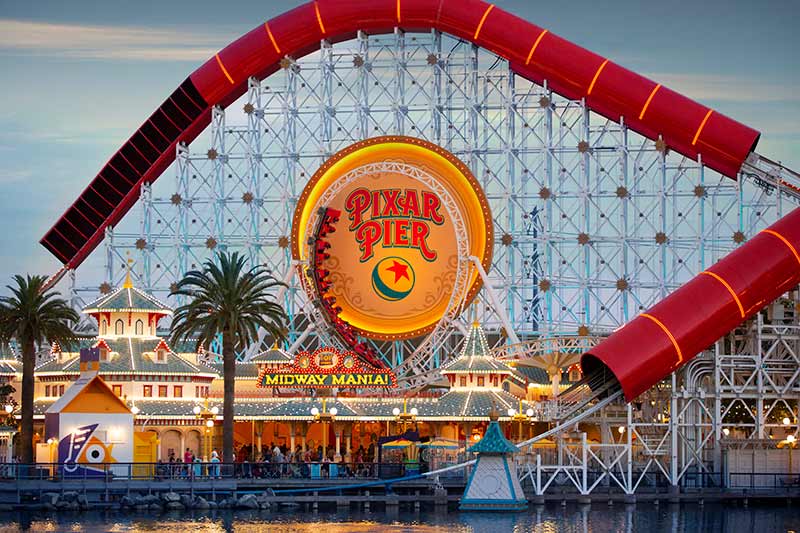 What do to at Pixar Pier

Pixar characters come alive in this whimsical land comprised of four unique neighborhoods: Toy Story Boardwalk, Incredibles Park, Inside Out Headquarters, and Pixar Promenade. Strut the boardwalks in each section and see if you can spot your favorite characters for a hug!

Keep an eye out for these top rides and attractions: 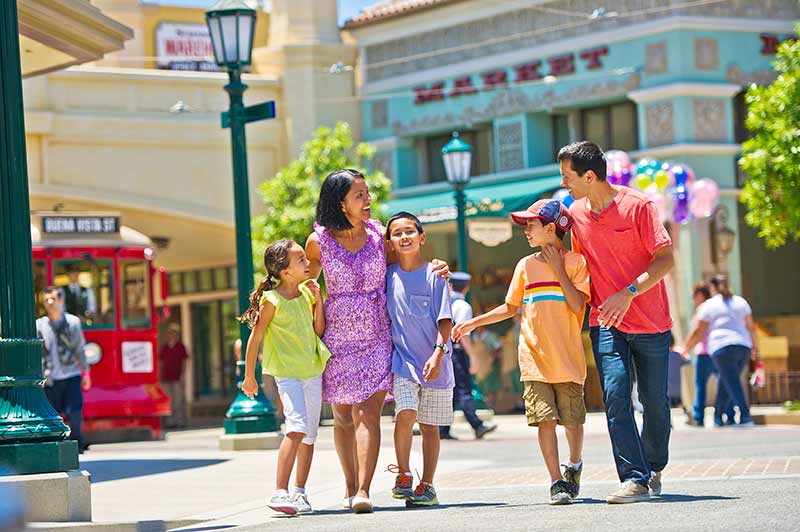 What do to at Buena Vista Street

Designed to evoke the exciting times of the 1920s and ‘30s when Walt Disney was just getting started, the entryway into Disney California Adventure® Park is lined with Art Deco and Jazz Age style facades and even features a roving trolley car transporting guests up and down the street.

Be sure to make time for the following: 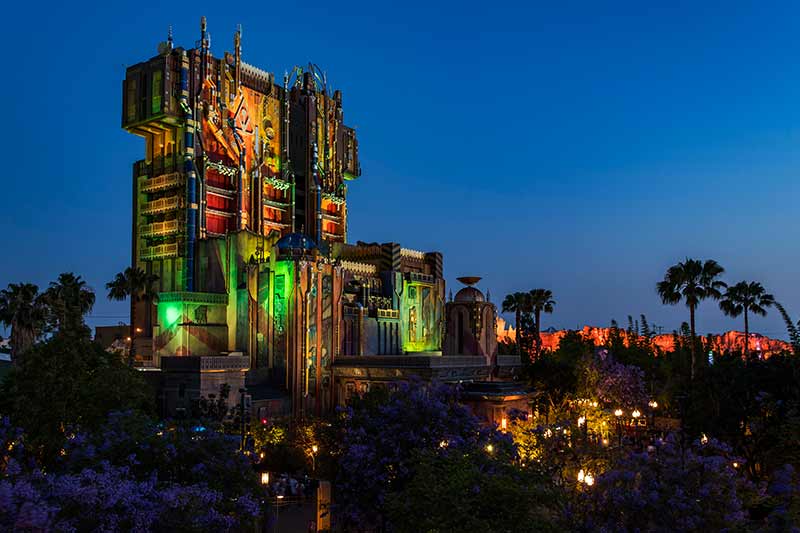 What to do in Hollywood Land

Embrace the razzle-dazzle of classic Hollywood as you explore a reproduction of a movie backlot, take in a show at the 2,000-seat Hyperion Theater, and shake your tail feathers at the Disney Junior Dance Party.

Read on for the most popular highlights:

What to do at Pacific Wharf

Options for fantastic eats and a host of wine bars line this foodie-centric waterfront section of the park. Take your time admiring the view of the water, but aim to snag a bite or a drink at some of the most popular attractions.

Here's a list of the top attractions at Pacific Wharf: 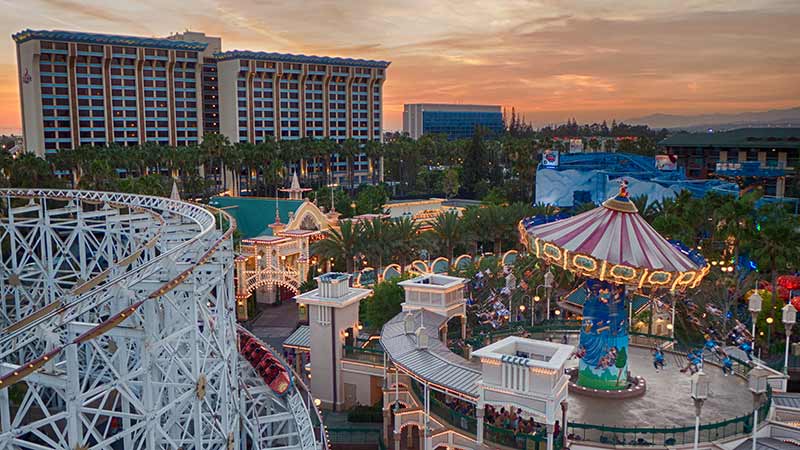 What to do at Paradise Gardens Park

Formerly known as Paradise Pier, this seaside-themed section of the park features a foot-stompin' band, fun rides for all ages, and even an awe-inspiring nightly hydrotechnic show.

Try a few of these top rides and attractions: 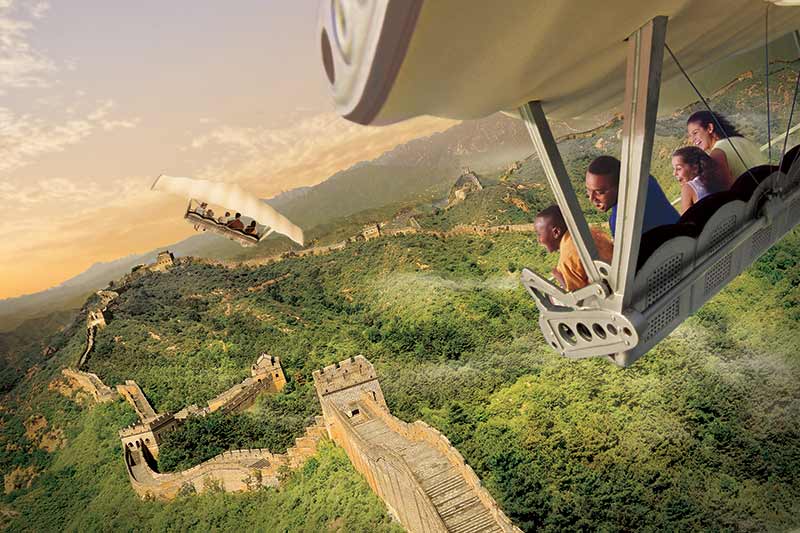 What to do at Grizzly Peak

Outdoor enthusiasts will feel right at home in this section of the park, designed with Yosemite and Redwood National Parks' rugged appeal in mind. 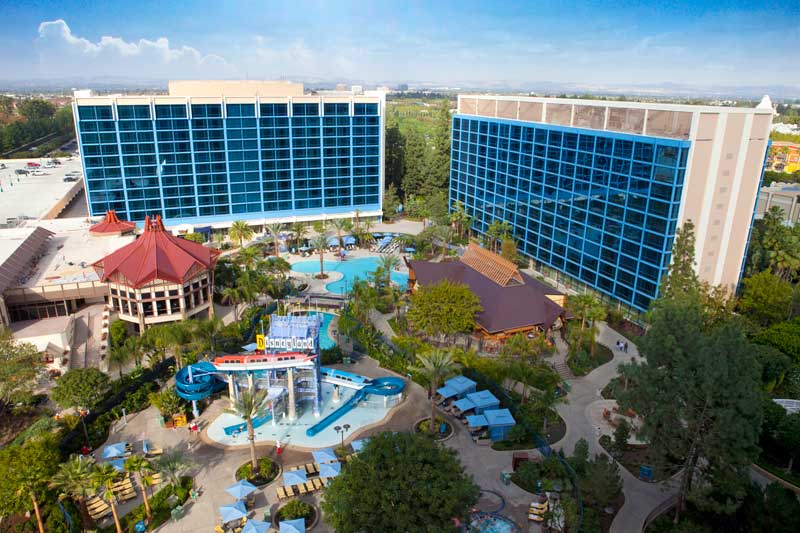 If you prefer to take a break from the magic of Disneyland® Resort during the night or are unable to secure an on-premise room, there are plenty of hotels in close proximity to Disneyland® Resort. Disney even has partnerships with almost 50 hotels––collectively known as "Good Neighbor Hotels"––that are of Disney caliber but aren't situated in the Disneyland® Resort. Virtually all Good Neighbor Hotel packages will run you at least $700 per night, but depending on the room, can sleep up to six adults and include a Disneyland® Resort Park Hopper® Souvenir Ticket that can be used for as long as you are staying the hotel. The hotels range from "moderate" to "deluxe" and are happy to accommodate groups of all sizes and ages.

If you're looking to save your pennies for souvenirs, there are a number of options in the Anaheim area including the Anaheim Marriott, Hilton Anaheim, and Four Points by Sheraton Anaheim that are more moderately priced. You can easily score rooms for well under $200 a night and sometimes under $100 during the middle of the week. There are also more options for hotels that are within easy driving distance and offer free or discounted shuttle service to the park.

A map is a useful tool to help get around the park. You can find a Disney California Adventure® Park map on Disney's site, or you can download the Disneyland® Resort app. The app also shows you wait times for rides, gives you the option to buy tickets digitally and make dining reservations, along with a whole host of other actions.

They say "you're only young once," but at Disney California Adventure® Park, you'll feel like a kid again, no matter what your driver's license says.

Now that you know where to stay, where to eat, and which rides to hit, you're ready to enjoy the park and soak up that California sun. Want to find out how to save money on tickets to this theme park and Southern California's most popular attractions? CityPASS® tickets help you score discounted admission to Disneyland® Resort, San Diego Zoo® or Safari Park, Universal Studios Hollywood™, SeaWorld® San Diego, and LEGOLAND® California! Just think of the money you'll save, and with some extra cash in your pocket, you may be able to visit more than one Southern California hot spot on your next trip!

Places to See in Southern California

Tips for Visiting Disneyland from the CityPASS® Team