The weather is more delightful than frightful in Florida during the holiday season, and there are plenty of festive things to do. All the major theme parks celebrate the season, not only with dazzling decor, but with special events and festive shows. We've rounded up some highlights from Walt Disney World® Resort, Universal Orlando Resort, LEGOLAND Florida Resort® and SeaWorld® Orlando. You can see as little or as much as you want with an Orlando CityPASS® ticket package. 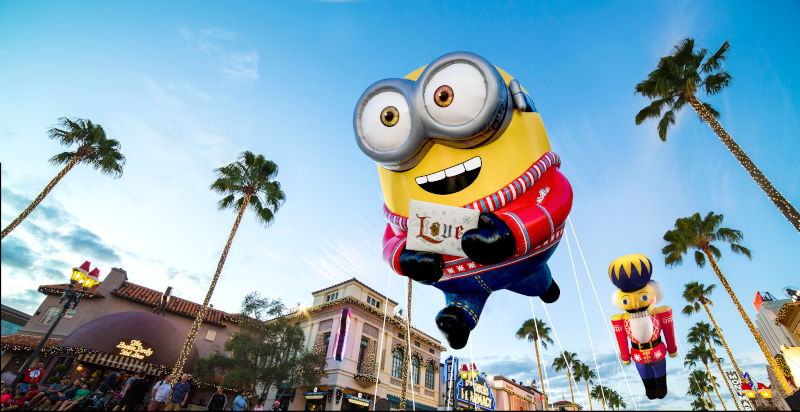 Join the celebration as Hogwarts™ castle lights up for the holidays and festive decor brightens up the streets of Hogsmeade™ during Christmas in The Wizarding World of Harry Potter™ at Universal's Islands of Adventure and Diagon Alley™. Enjoy a hot Butterbeer™ while both the Frog Choir and Celestina Warbeck and the Banshees put a holiday spin on their performances. Enjoy "The Magic of Christmas at Hogwarts Castle" — a spectacular transformation of Hogwarts castle with a stunning projection of holiday spirit and Christmas moments inspired by beloved Harry Potter films.

During the holiday season, Seuss Landing™ is decorated with the holiday charm and cheer of Dr. Seuss's Who-ville. Enjoy the music and fun of The Grinchmas™ Who-liday Spectacular. Your heart might grow three sizes as you delight in the hilarious hijinks of this live retelling of the classic tale starring the Grinch™, featuring music recorded by Mannheim Steamroller.

You can see the larger-than-life balloons of Macy's Thanksgiving Day Parade on the streets of Universal Studios Florida. There's also appearances by the Minions from Illumination Studio's "Despicable Me" and some of your favorite characters from DreamWorks Animation's "Shrek" and "Madagascar" films. 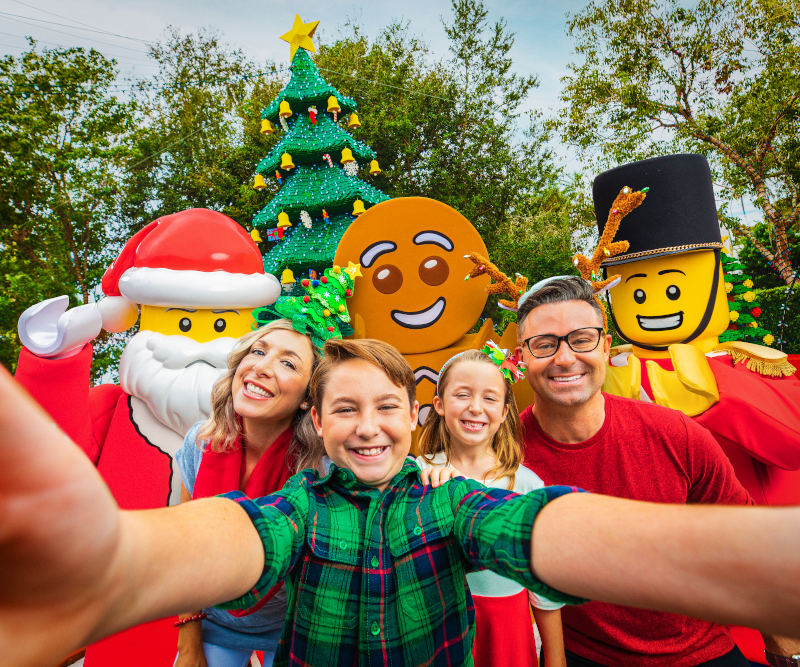 While visiting the seasonal FUNderland, build a new holiday tradition and gather around the GIANT LEGO® Christmas tree. Be prepared to be mesmerized by the twinkling lights from an all-new 360-degree light show.

The LEGO® holidays crew is back again for more merry meet-n-greets! Visit with LEGO Gingerbread Man, Holiday Unikitty, and the man, the minifigure... LEGO Santa himself!

Check out the delightfully dazzling holiday shows throughout the park all season long. Catch a spectacular Nightly New Year's Eve Fireworks show that will be filling up the skies December 26-31. Don't forget to try some holly jolly-themed food and drinks too.

Nov. 12-Jan. 2, SeaWorld® transforms into a winter wonderland sparkling with holiday cheer during the SeaWorld®'s Christmas Celebration™. The park is illuminated with over 3 million beautiful lights. Experience award-winning entertainment like the show-stopping ice-skating extravaganza Winter Wonderland on Ice. Meet Rudolph the Red-Nosed Reindeer or head to Wild Arctic® and visit with Santa himself. 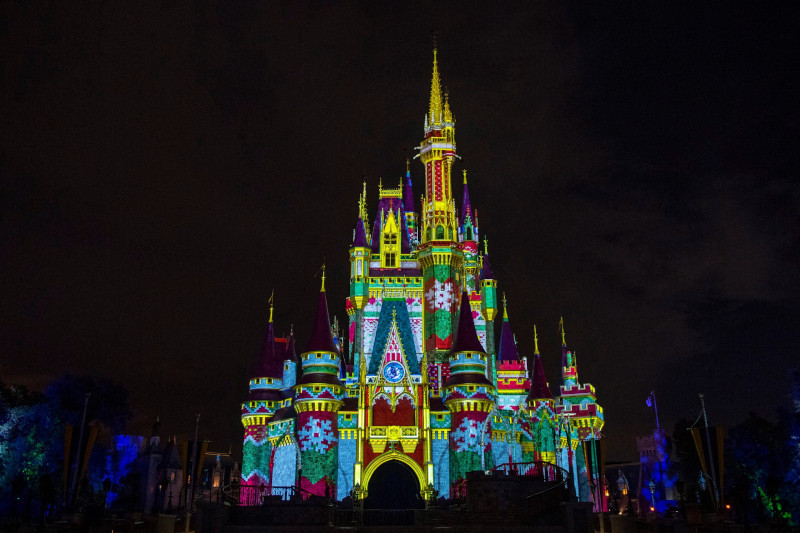 Celebrate the holidays in the very merriest way at a new event featuring character sightings, themed fireworks, tasty treats and more during Disney's Very Merriest After Hours! This 4-hour event, held at Magic Kingdom® Park, begins at 9 PM on select nights from Nov. 8-Dec. 21 and requires a special ticket.

With regular admission, take in the seasonal decor with holly jolly trimmings and theming throughout Main Street, U.S.A. Watch in awe as Cinderella Castle is transformed with cheerful projections. Indulge in holiday-inspired food and beverages available for purchase at select locations throughout the park.

At EPCOT®, embrace holiday traditions, décor and cuisine from around the world—all in one place during the EPCOT International Festival of the Holiday. Surround yourself with seasonal sights, sounds and flavors during a beloved extravaganza boasting themed holiday kitchens and a scrumptious Holiday Cookie Stroll——starting Nov. 26.

Hear the stirring story of Christmas as told by a celebrity narrator at the EPCOT International Festival of the Holidays Candlelight Processional.

Embark on yuletide adventures and create memories to cherish all season long with all sorts of holiday touches at Disney's Hollywood Studios®. During sunset, behold a captivating projection show on the Hollywood Tower Hotel. Don't miss Minnie's Merry Mealtime at Hollywood & Vine restaurant. Catch the Santa Claus Merry Motorcade, where old St. Nick will travel up Hollywood Boulevard in his candy-apple red convertible, packed with a sack of presents! Look forward to an unforgettable finale featuring everyone's favorite snowman, Olaf, during "For the First Time in Forever: A Frozen Sing-Along Celebration."

Experience the magic of nature with a holiday twist at Disney's Animal Kingdom® Theme Park. A whimsical winter celebration awaits at Discovery Island. By day, look for life-size, artisan-sculpted animal puppets—including reindeer, foxes and polar bears. And at night, colorful rooftop luminaries and bird lanterns light up the sky.

Swing by Discovery River to wave hello to some of your favorite Disney characters aboard decked-out flotillas. See Santa Claus as he sails down the river to a jolly, world-beat holiday soundtrack.

Plus, be sure to check out holiday-themed décor and Tree of Life Awakenings — Holiday Edition, where the beloved tree shimmers and sparkles each evening, accompanied by a heartwarming musical score.